Sri. N.N.Pillai's Library , his reading Chair and the mridangam he used to play. 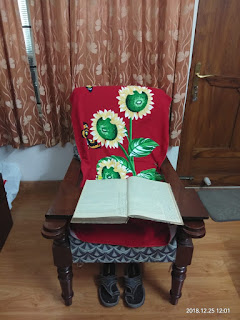 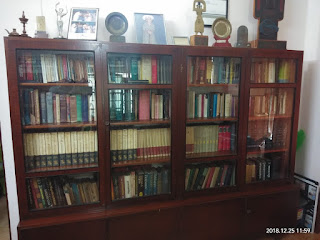 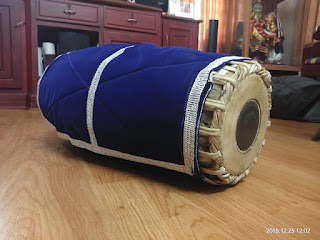 Posted by Admin - N N Pillai Blogspot at 2:35 AM No comments:

The 100th Birth year celebration of Late Sri. N. N. Pillai has commenced on 23rd December 2018 which has been organised by ATMA association. One year long celebration has been inaugurated by Actor Sri. Nedumudi Venu and Actor Director Sri. Lal.  The function took place at APJ Abdul Kalam Auditorium , Thiruvathukkkal, Kottayam followed by a play from Kanjirappally Amala.

ATMA will be organizing various programs like Drama classes for children, discussions etc and will also be staging popular dramas of various troupes every month as part of the celebration. 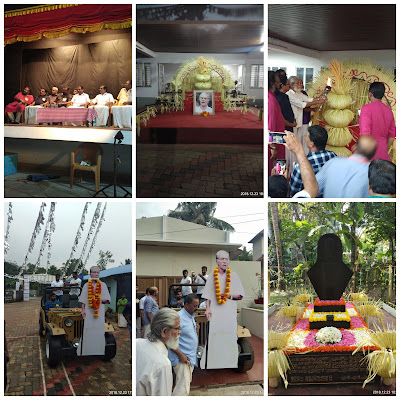 Posted by Admin - N N Pillai Blogspot at 1:58 AM No comments: 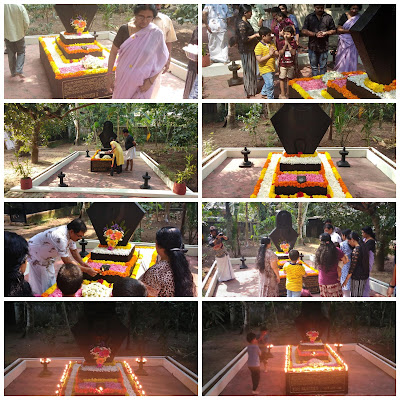 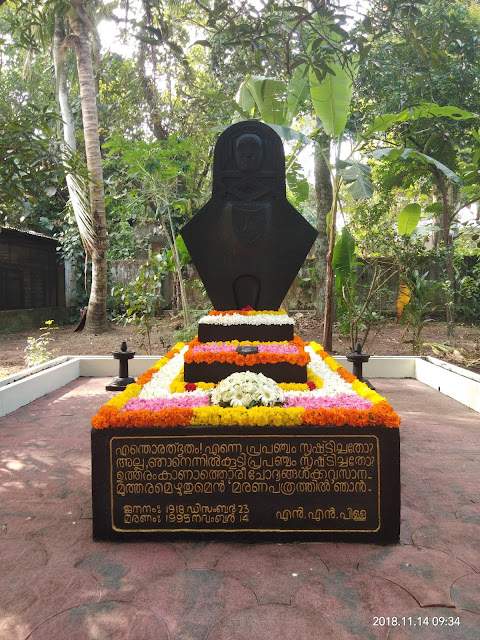 The practice of decorating the memorial with flowers, Lighting the lamp @ 1.10pm and decorating the structure with earthen lamps by dusk has been continuing ever since 1996. It has been our way of our life and this goes on...

Sri. N.N.Pillai  Award is presented to a prominent personality in the field of Cinema/Theatre every year during the memorial function that happens at Kudayampady, a place near to kottayam on the same day.

The year 2018 has another great importance being the 100th Birth Anniversary year of the Genius.

Posted by Admin - N N Pillai Blogspot at 9:39 AM No comments:

" Maniyattu" - The Hamlet of Drama Enthusiasts

Maniyattu, a  small village of Kasargod district falling on the borders of Kannur and kasargod districts. This village has been a major hub for Drama enthusiasts since 2012 and it has been instrumental in organizing and orchestrating professional drama festival in Remembrance of the Maverick of Malayalam Theatre Late Sri. N.N. Pillai in its utmost splendor and gravity.

The 10 day festival stages 10 prominent plays which are produced that year across different parts of the state. The selected plays are performed in front of 2000 plus audience every day, who are true lover of the art whose eyes are glued to the stage from the beginning to the end of the play. What more could an artist ask for !!! The open forum discussions that follows after each play reflects the seriousness they take in this drama festival. The festival ends with award ceremony  for the Best Play, Play wright, Actor, Actress etc.

This fiesta has been celebrated in the most flawless and structured manner which can undoubtedly be compared to the way in which even MNC's or established Organizations are executing their projects. It would not be an exaggeration to say that they are at par or even matches the skillset of many professional organizations. This should definitely be a case study for many organizations and associations.

It is a team of very clearly defined and elected groups which looks into each and every minute tasks assigned to them towards its precision and perfection for the ultimate success of the event. Mr. Balan who is the strong pillar of Chorus Arts Association deserves a great appreciation who has been there in the forefront in nurturing the Idea to its current success. But the true success is the unanimous participation of all the people irrespective of gender and age.

2018 has been a significant year for Maniyattu and Chorus Arts Association. Their strong desire of building a monument for the legend has become a reality on 17th November 2018. It is the first monument in the Playwrights name in the state. The monument, a two storyed  building, will serve as a rehearsal camp for Professional and Amateur Drama troupes and also serves as a palliative care center for its people.

As the phrase goes "Seeing is believing" , you really have to see it, to understand the magnitude and gravity of effort that goes into making this event a success year after year. Maniyattu is also generating a generation of skilled youths who are adept in organizing and administration through this yearly exercise.

It is the only place in kerala were " Onam " is celebrated twice a  year. One along with all the Malayalis and the Other "Onam" which only the Drama and Art Loving people of Maniyattu can be Proud of... 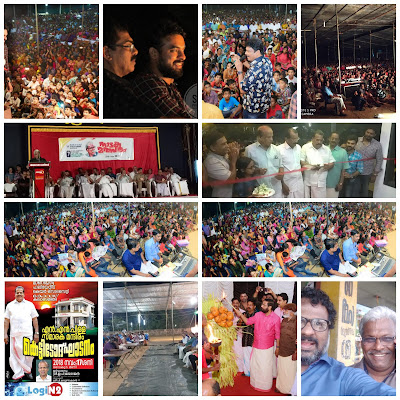 Posted by Admin - N N Pillai Blogspot at 9:30 AM No comments: 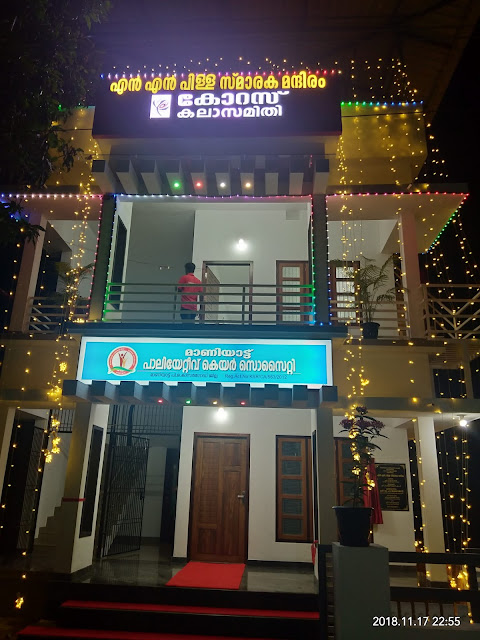 Posted by Admin - N N Pillai Blogspot at 8:32 AM No comments:

Shot in 1988, the documentary is a half an hour journey through the great man's life and his multifaceted characters. Produced and directed by Biju Nettara, a graduate from southern film institute and one of N.N.pillai's great disciples. He and his family has been close to us and were frequent visitors to " Dionysia " since then. Like vehicles getting charged up in fuel stations, his visits would have rejuvenated and strengthened him under the great man's persona.

To us (children) he is Biju uncle, who would be seen only with a camera in his hand. His cameras has picked up most of the lighter moments in our family. The courage and expertise he has shown to contain the larger than life figure into a 30 minute documentary is truly appreciable.

The documentary starts with a union of his own characters greeting him by the seashore....


A well narrated documentary by Biju Nettara which ensured a fine "Extract" of this "Expert".

Quoting below the people in front and behind this superb production.